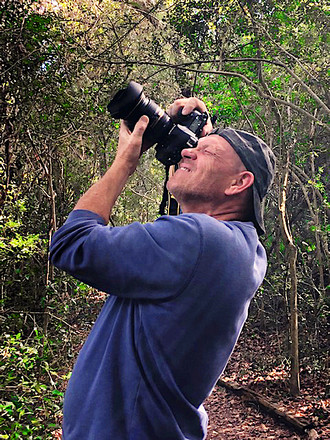 Photographer Stanley J. Lonseth, has a distinct artistic eye for the out of the ordinary photograph as well as a pleasant eye-candy photographic perspective.

At the age of four, Stanley was given a sub-miniature ‘Hit’ camera by his father. On a return trip from Norway where his father and mother were born and raised, Stanley and his parents visited family friends in New York City. Impressed by the 'Big Apple' with all there was to see and do, Stanley and his father took photo after photo. Wanting to emulate his father's every photographic move, Stanley quickly learned the magic of the camera shutter.

Growing up in Seattle, Stanley learned about photographic artistry from both his father and his uncle. While hanging out in his uncle's professionally equipped basement darkroom, he became enthralled with black and white film development. Stanley’s most favorite present at age nine, was his Kodak “Brownie” camera.

Formally educated at Washington State University, his interest in film photography blossomed even further. Now in an age of digital images, he has developed his own distinctive eye for detail, composition, visual quality and quirkiness.

Enthusiasm for outdoor activities such as boating, hiking, cycling, beach combing and skiing brings him closer to the outdoors and his appreciation for landscape and nature photography.

Wanting to find a way to share his many photos with others and sell his artistry has motivated Stanley to create Capistrano Beach Photography  located in southern Orange County California. A monthly blog tells a little something about his favorite photos, see  BLOGGIN' The Story on this website.
https:/​/​www.​capobeachphotos.​com
© Capo Beach Photos
Powered by ZENFOLIO User Agreement
Cancel
Continue