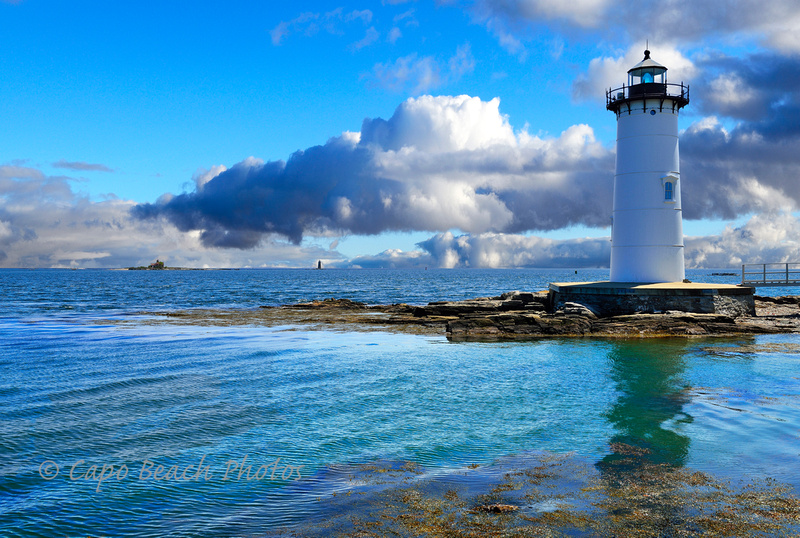 On the afternoon of December 14, 1774 a drummer boy marched alongside a local liberty-minded former sea captain named John Langdon through the streets of Portsmouth Hew Hampshire to stir the town folk to action against the British loyalists' held Fort William and Mary on New Castle Island in Portsmouth harbor. Within an hour, Langdon had aroused an angry crowd willing to risk their lives to overrun the outpost.

One year after the Boston Tea Party, this Sons of Liberty crowd of 400 local merchants, mariners and rag tag farmers in and around Portsmouth, were determined to descend on Fort William and Mary, and take the munitions stored there; cannons, gun powder and small arms. The band of patriots overwhelmed the Fort. Surprisingly, the Fort was only manned by five soldiers and an officer, no match for the angry crowd. Muskets were fired but no deaths occurred. This was the first major overt action of insurgency of the American Revolution against a British held military installation in the Colonies, though this is a relatively unknown historic fact. King George called it a treasonous act worthy of death. Paul Revere had ridden from Boston to Portsmouth the night before this raid to warn that British troops were headed north from Boston to secure the Fort and its munitions from any possible raid. Scuffles with the British had already been going on for some ten years before this raid.

One of the main causes stimulating the locals into action against the Fort was King George's new law banning sales of guns and munitions to colonialists. The sentiment of upheavel in America had been growing. Now in the winter of 1774, the raid occurred on what was then called New Castle Island or the Great Island; the Fort occupied a part of the island. The munitions and supplies that were confiscated by the patriots were to eventually be used against the British. Some 100 kegs of gun powder were seized and hauled off on barges. Records show that as the armoury was being seized, the insurgents yelled "huzzah" in unison. This was an old colonial term similar to our "hoorah" today. It is believed by many historians that the Battle of Bunker Hill in June of 1775, 6 months later, was the first armed confrontation of the American Revolution directly between British soldiers and colonial patriots that was supplied by gun powder and munitions seized at Fort William and Mary.

Fort William and Mary had originally been called The Castle when first built as a stronghold in 1631. It was renamed Fort William and Mary by the British in 1692 and became Fort Constitution after being rebuilt and fortified in 1808. The Fort was used during the War of 1812 as well as during the Civil War. Since 1771 the Fort has always been home to some kind of a navigational light at the south entrance to Portsmouth harbor. At first, it was only a lantern hoisted on a pole but later that year became a wood framed lighthouse covered entirely in wood shingles. Perimeter stone walls, just out of view to the right in this photo, were heightened and refortified during the Civil War and are still in place today. In 1804 a replacement lighthouse was built about 100 yards further west and was about 80 feet tall. When the nearby Whaleback Lighthouse out in the bay (seen in the distance to the left hand side) was built in 1831, this replacement Light was shortened due to its reclassification as merely a harbor beacon for navigation. In 1877, the replacement light was demolished and a new lighthouse was built on the rock you see in this photo, some 48 feet tall, built of cast iron and lined on the interior with brick. From inside the Fort the existing stone walls block the full view of the lighthouse from this north side. So to take this photo I crawled out through the cannon portal in the battery wall with camera in hand. While hanging out over the harbor water below, my wife held my feet . . . just in case. Yes, it was worth it.