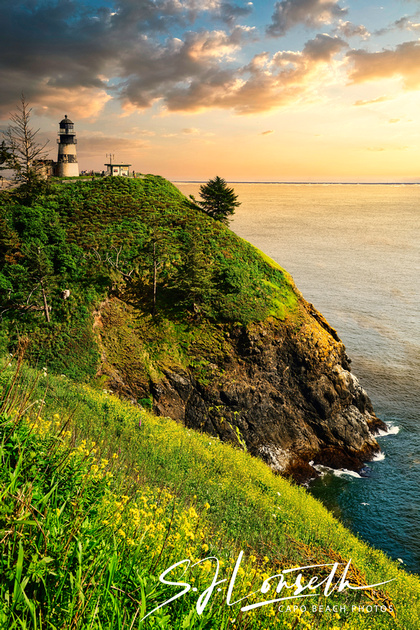 Over two hundred shipwrecks have been recorded in and around the mouth of the Columbia River where it empties into the Pacific Ocean.

The earliest records date to 1775 when Spanish explorer Bruno de Hezeta (Heceta) discovered and mapped the area. Illnesses among his crew stopped him from any further exploration. In 1788 English explorer Captain John Meares, in an attempt to further discover the Great Northwest Inland Passage, as mapped out by Heceta, landed on the north river bank of the Columbia, but frustrated he could not find the actual river. In his frustration he named the high cliffs point Cape Disappointment. American trader Robert Gray crossed the bar in 1792 in his ship The Columbia and gave the river its current name. There is evidence that earlier Spanish ships may have floundered and crewmen lost as early as 1679 at the mouth of the Columbia River. Evidence suggests that some periled crews of sunken ships made it to shore only to be captured by local Indian tribes such as the Chinook and Clatsop then traded to other tribes as slaves. Hundreds of crewmen and passengers are known to have perished by drowning. Since 1850, the mouth of the Columbia has been labelled the Graveyard of the Pacific.

The fierce currents, winds and tidal actions here create an underwater shifting sand bar that causes ships to run aground or drift off course only to be dashed on the rocky banks of the River. Today's large ships wait as long as a week for the fog, winds and currents to be just right for the crossing of the bar. River pilots are needed to navigate safely across the sand bar. All throughout the 1800's mariner traffic was essential for providing Portland and other inland inhabitants with supplies. Exporting products such as grain and timber was also vital for the areas' economy. The shifting underwater sand caused such concern in the late 1800's that Congress appropriated funds to build a jetty extending out from the Clatsop Sand spit on the south side of the mouth in 1914 and a northern jetty in 1925. This in hopes that it would mitigate the shifting sands. Elevated railroad tracks were built out into the River to deposit large rock for the jetty. Even today, the channel is regularly dredged to keep the channel depth acceptable for marine traffic. Currents are so fierce at the mouth of the Columbia that salt water flow has been registered as far as 106 miles up River and fresh water plumes reach out into the Pacific for a 100 miles. This is no normal river delta.

In 1856, Congress decided it was vital to build a lighthouse high atop the northern cliff above the Cape. This photo shows the 53 foot high conical shaped Cape Disappointment Light at an elevation of 220 feet above the River. (The small observation deck structure in front of the light tower is used by the Coast Guard to observe the constantly changing sand bar and alert mariners of pending dangers.) By 1870 it was discovered, after several shipwrecks, that the lighthouse was so high above the River level that it often could not be seen during thick fog and the bell mechanism not heard due to the noise of the waves below. The location also was too far east from the ocean and could not be seen by ships approaching from the north. A second light, the North Head Light, was erected in 1897 about two miles further north atop the cliffs facing the Pacific Ocean.