Do You Know How to Drive ? 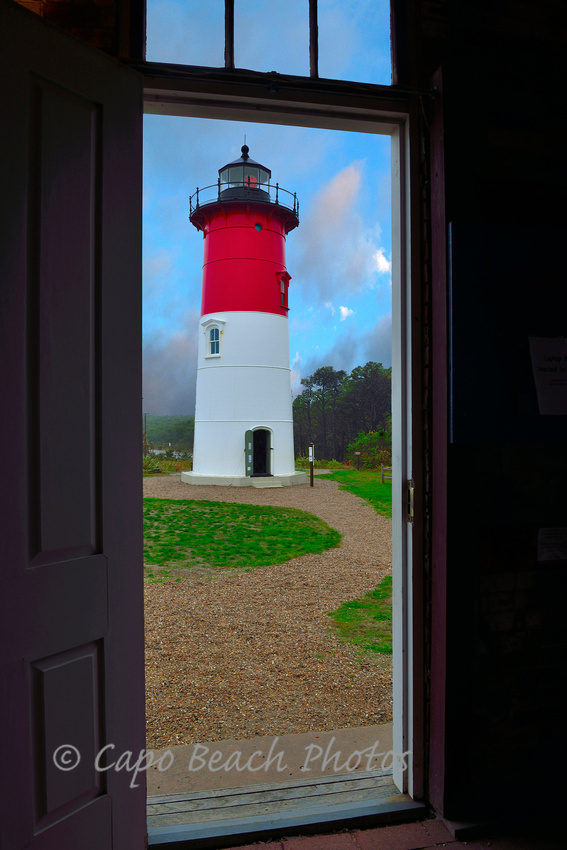 When Eugene Coleman and his wife were first reassigned as light keeper's to the Nauset Lighthouse at Eastham, Massachusetts in 1942, neither knew how to drive. After all, they had not needed to, after being light keepers at the Cape Neddick Lighthouse (also known as Nubble Light) in York, Maine for the previous 12 years. Cape Neddick was on an island just slightly offshore near York Maine. When reassigned to the Nauset Lighthouse, they were pleased to be able to socialize with nearby neighbors but sometimes needed to drive. Neither knew how to drive when they first arrived, but they soon learned.

The Nauset Lighthouse to where they were assigned was a relocated light tower from Light Station Chatham, about 17 miles to the south down the coastline of Cape Cod. At Chatham there were two twin towers, but the north tower had been shut down in an effort by the Coast Guard to reduce expenses of maintaining two lights.

Originally in 1838 at Eastham (Nauset) there were built three lights to nautically distinguish them in between the single light at Highland further north and the two lights at Chatham to the south. The three lights were replacements for previous lights that had eroded away by the ever collapsing cliffs at Nauset Beach. These lights became known as the Three Sisters, because they were about 22 feet tall with white towers and black lanterns making them appear, at least from sea, as if they were women in dresses with top hats. By 1911 with the eroding cliffside, two of these three were taken out of service and sold to locals but the middle one stayed and was moved back. It was renamed The Beacon. But in 1923 it also fell into disrepair due to the eroding cliff and it too was auctioned off. It was replaced with the brick and cast iron light from Chatham. This light had been originally built in Chatham in 1877 and was dismantled in order to be moved to Eastham in 1923. It was placed 200 feet from the cliff edge. But by 1996, the tower was again in danger of collapse. The tower was moved as one piece, across the road, some 800 feet to the west. In 1997 the U.S. Coast Guard decommissioned the tower and transferred it to the National Park Service. It is currently maintained by the Nauset Light Preservation Society. It is estimated that by the year 2070, the tower will again need to be moved.

This photograph is taken from inside the doorway of the adjacent oil house.

The lighthouse can currently be seen as the logo on a bag of Cape Cod brand potato chips.