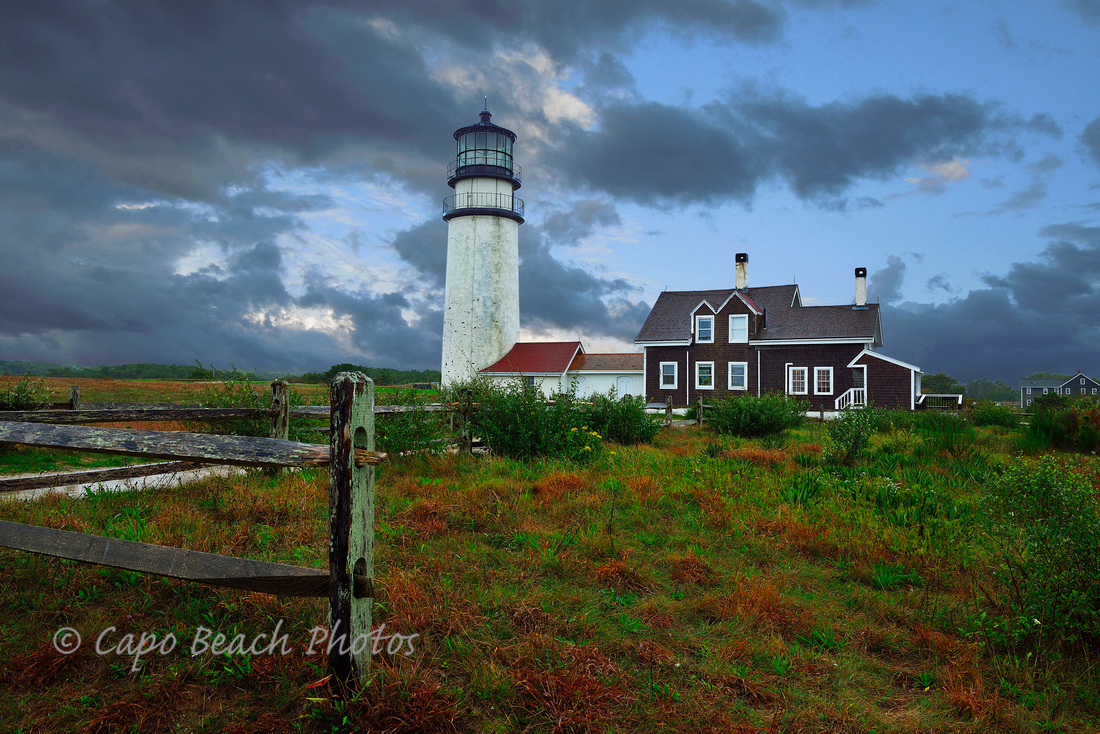 In 1797 George Washington authorized this Lighthouse be built to warn mariners navigating from Cape Ann down to Nantucket. The original lighthouse was wood and stood until 1832 when it was replaced with a brick version. So badly constructed and in danger of collapse due to beach erosion, it was demolished in 1857. Immediately following the demoliton, the current 66 ft. high tower was constructed and fitted with a first-order Fresnel lens. It is considered the oldest and tallest on Cape Cod. However, in 1996 this current lighthouse was moved back about 450 feet from the cliff edge, again due to severe cliff erosion that was progressing at about 3 feet per year. The light is built on a geological area known as the Clay Pound. It is the highest point anywhere on Cape Cod and therefore led to the name it has as The Highland Light. When the lighthouse was moved in 1996, dual rails were placed from its location at the cliff's edge to its current location. The tower, built of brick was strapped with wood planks and wrapped in steel cables to minimize the jostling of the conical shaped masonry exterior. The structure was pushed in its vertical position ever so slowly up the slight incline to its current location.

The day we visited this lighthouse it was extremely windy with 40 mph gusts and torrential rains. The downpour broke clear just long enough to venture out to grab this photograph. The storm was the tail end of Hurricane Matthew that had inflicted damage to the east coast of the U.S. starting in Florida.

With so little light available for this mid-afternoon photo and without a tripod at the time, it meant opening the lens to f/9 (any less would have drastically affected the depth of field in this photo) and stabilizing myself for the shutter speed of only 1/40s at ISO 100. I could have increased the ISO setting to say 400 for better light exposure but generally I favor the increased image resolution over faster shutter speed.