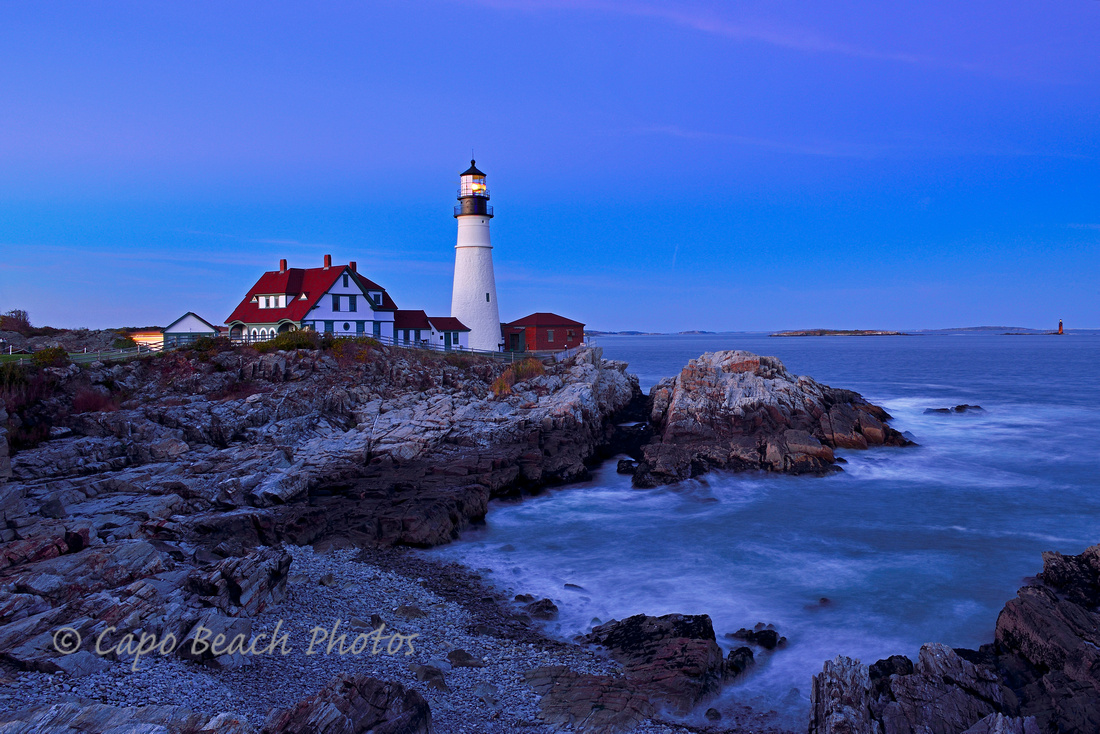 in 1787, at the personal direction of George Washington, two masons from Falmouth (modern-day Portland) were given the task of building a lighthouse with a fund of $1500 in under four years. Because the fledgling government of the United States started out with very little money, Washington told the masons to use local materials they could find along the shore and from nearby fields. The tower was built of rubblestone and was to be 58 feet tall according to the plans they were given. However, when completed and the masons climbed to the top of the tower they realized it was too short and the light could not be seen beyond the nearby headlands. They raised it another 20 feet and that problem was solved. George Washington appointed the first light keeper Joseph Greenleaf in 1791 who was a patriot that found favor with the first president. For the first two years of his duties, Greenleaf was not paid the money owed him. He died in 1795 while still the lightkeeper.

To the far distant right in this photo can be seen the Ram Island Ledge Lighthouse built in 1905.  It was built on a series of rock ledges that had become treacherous to navigate around while entering the harbor. It has a twin known as the Graves Light in Boston. The lighthouse was built of granite quarried from Vinalhaven, Maine. Not much granite comes from there anymore, now it is mainly lobster. The lighthouse was put up for sale in 2010 and after no interest was shown by locals nor government organizations it was sold to a private citizen for $190,000.