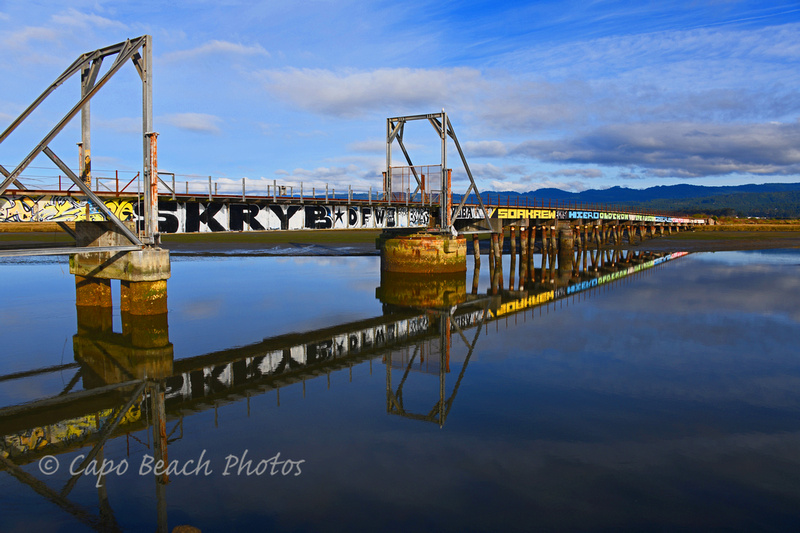 The Eureka Slough bridge just off Highway 101 in north Eureka is owned by the Southern & Northwestern Railroad. It is now abandoned due to a deteriorated condition and has be deemed unsafe for all kinds of traffic. It has been replaced by another bridge nearby. Originally built as a tower swing bridge in 1916, it was revamped as a extremely simple vertical lift deck plate girder bridge in 1972. The total length of the 19 foot wide bridge is 720 feet, yet the lift portion is only about 90 feet in length. In this photo, the remnants of the old swing bridge center round pier can be seen still retaining the original ring gear elements. When it was revamped, it became the only vertical lift bridge in the State of California that operated without cables, pulleys, or counterweights but rather hydraulically by way of a diesel powered compressor.

The abandonment of the bridge has led to colorful graffiti signatures considered by some locals as an eye sore but as a treasured historical landmark by others.