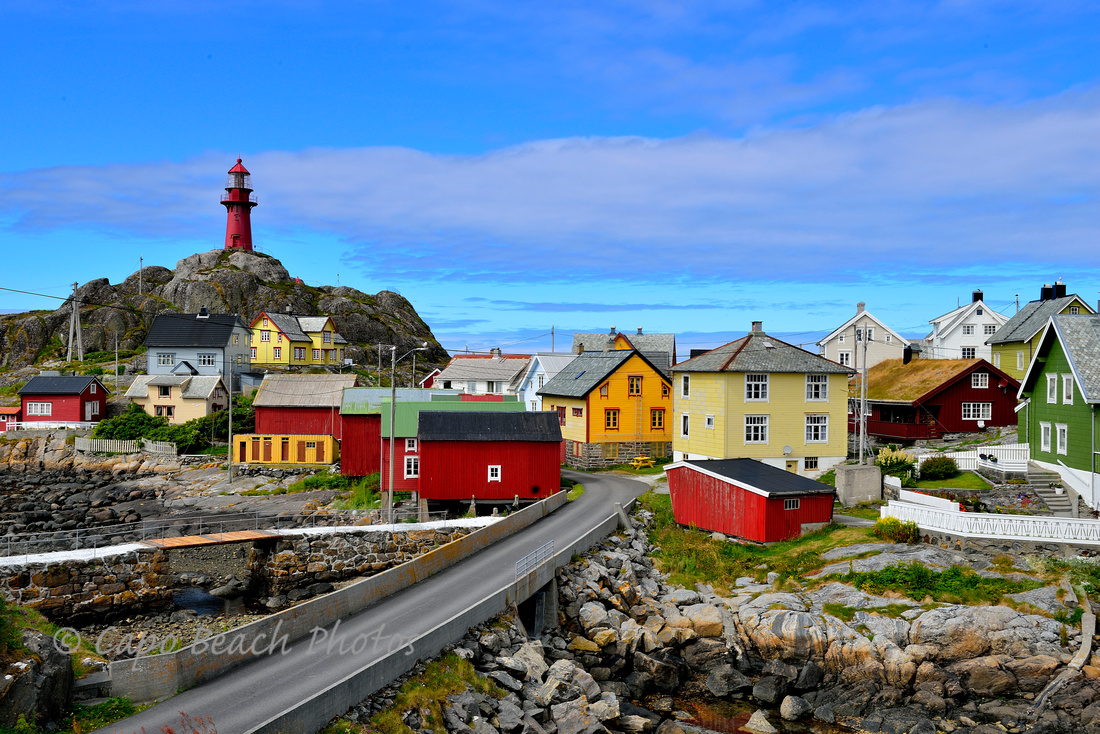 The Island of ONA was once a thriving population of 50. Over the last six decades it has dwindled to about 40. Once considered a great location for accessing the abundant fishing banks of the northern Atlantic, the fishing community of the island suffered from the decimation of the Northern Atlantic Cod due to environmental reasons as well as over fishing. As a result, profits from fishing decreased to the point that a basic living could no longer be sustained. Fishing boats still work off this island but in limited activity.

Over the past twenty years or so, the island has maintained a steady increase in tourist trade with artist studios and pottery shops. The island is small enough that tourists can easily walk the island without a car. On the south island of Husøy exists an ancient Viking burial ground.

The island is really two islands, the larger island of Husøy and the smaller island of Ona, jointed together by a small bridge over a 15 meter wide waterway. The ferry docks on Ona. Upon docking, one is immediately greeted by the presence of the prominient red painted cast iron lighthouse built on top of a rock cliff in 1867 which still operates but is now automated. The light only operates from August through May because the remaining months are lit by the midnight sun. The rock cliff outcropping the lighthouse is built on is named Onakalven. Accessed only by ferry four times a day, the excursion from the west coast mainland takes about two hours and stops at several other islands on the way. A very pleasurable trip if you should ever decide to visit the west central coast of Norway.