Lillesand by the Sea 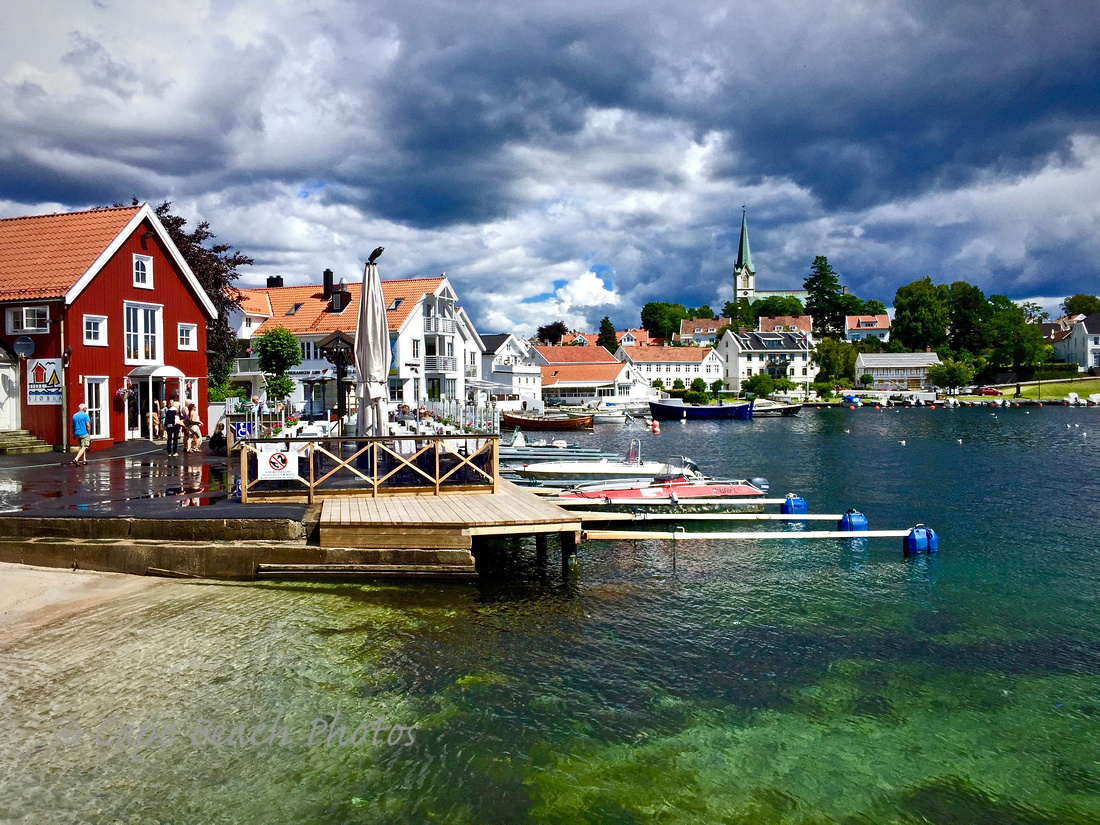 From Poverty to Prosperity and Back Again-

The southern coast of Norway, especially along an inner seaway known as Blindleia, is often referred to as the Riviera of Norway. While it is true Norwegians like to spend their holidays, or vacations as we Americans called them, in warmer climates such as Spain, Greece, and Portugal, many Norwegians vacation along the southern coast of Norway. Many have summer cabins and boats, spending every precious warm summer day soaking up the sun with all its inherent activities. This is especially true for such southern coastline towns as Lillesand.

Originally called Sanden, or sand beach, back around 1680, it later became known as Lillesand. It was down the road from Kristiansand and needed to be distinguished from it by simply calling it the little or smaller version of a town. It is historically known that the only inn in this area was started by a man named Jakob Justøn Wulff. He is the person most mentioned in connection with the beginnings of this historic ship building and timber shipping sea town. A few kilometers away is a town once called Møglestu, which was once a ruling seat of the Viking age. This town later becomes known as Vestre Moland and forms a larger muncipality with Lillesand in the 1960's.

In 1688, Lillesand was granted trading rights which lead to the import of grains and the export of local timber. Prosperity followed but in 1760, the area fell on hard times due to crop failures and local political unrest. A local farmer by the name of Kristian Lofthus formed a protest against the governing officials and ruling towns people. He was incarcerated for this and died in prison a few years later. He had such great influence however for his actions that many historians say he affected the men that later wrote the Norwegian Constitution in 1814. He is considered the most famous man of Lillesand. In the 1800's a man by the name of Steener Steenersen stands out as an engaging entrepreneur that flourished in the timber and ship building industry here. In the years from 1875 to 1895, the ship builders of Lillesand alone were responsible for completing and setting sail to over 50 large wooden sailing ships from this harbor. During this period hundreds of people were drawn to the town and it flourished. But as the wooden ships became obsolete in favor of the steam ships and as the railway took away the shipments of timber, the town became depressed and unemployed. The economy was so bad that emigration, especially to the United States was a necessity to make a living. Others felt a need to free themselves from the state run church and what they felt was religious persecution. As a side note, emigration from Norway to the U.S. from 1825 to 1925 totaled over 800,000. But even more surprising is that from 1825 until 1950 Norway lost over half it's population to the United States, including my parents who emigrated to Seattle in 1950. No other country has contributed a larger percentage of its overall population to America over the years than Norway.

It wasn't until the end of World War II, that the local economy of Lillesand began to recover. At present, there are over 14,000 in the greater municipality of Lillesand, and over a 900 people reside in the old town center. Keep in mind the entire current population of Norway is just over 5.2 million. The photo above is the present day harbor of Lillesand that was once such a bustling ship building harbor. As you can see, it now caters to tourists with a Riviera-like atmosphere of shops, waterfront walkway, boating, docks, and marinas. The local church set on the distant hill in the background is entirely wooden and dates back to 1889.